Our famous branded Benidorm hen PRINCESS package is really popular and gives you and your hen group a range of different fun drinking activities to really get your party started and keep it going till its time to leave.  Its not just about throwing a few things to do together its a collection of the most booked hen activities in Benidorm that will give your hen that princess feeling.  The package has been carefully put together with fun, drinking and cost in mind.

All of our packages are completely 100% customizable.  You can add activities or take away the ones that you dont think will suit your group.

Our Benidorm hen event managers and advisors. HERE right now in Benidorm at your service.

Our advisers are not only experts in hen party events and organising but also live here in Benidorm so really know what they are talking about.

Georgia Morgan
Read More
Absolutely amazing!! We went go karting which was so much fun and exceeded everyone's expectations! We were picked up by a limo which was so unexpected.. The track was amazing and we had plenty of time to play around, afterwards the BBQ was stunning. Table set up properly and plenty of food for everyone.. in the evening we had a bar crawl and were taken to some amazing bars. Amazing value for money especially with plenty of shots being thrown in with the deal. Our host was amazing and did his absolute best to ensure we had the best night! Would recommend to anyone having a hen or stag to book some form of activity because they really do go all out!

Carmen ward
Read More
Heard so many people have issues getting hotels that in the fine print don’t allow hen parties. Just fk it sorted all this for me and made sure me and my 24 strong hen party had no problems at all. So glad I used this company and even a bottle of bubbly on arriving! Cant beat it
Previous
Next

Get your FREE quote now

You can add more as many more briliant Benidorm hen activities to your package as you want so let us get your party started.  This offer is available now subject to availability.

The perfect way to start a day or night with this popular Benidorm Hen Activity.  Relax and take in the amazing Benidorm air whilst sipping

Custom DRINKS delivered to your hotel room.  Great to welcome your group when you arrive to get you in the mood while you freshen up

Spa entry Benidorm with Jacuzzi, pool and more. Enjoy day entry at this amazing Benidorm spa. Steam rooms, sauna and all that you need to

Meal and stripper Benidorm is a winner with the girls. Tasty meal in our VIP area with your own hunky stripper for afters. What a

Cocktail making fun class Benidorm This is so popular and a winner with groups of thirsty fun loving ladies. Learn how to make these tasty 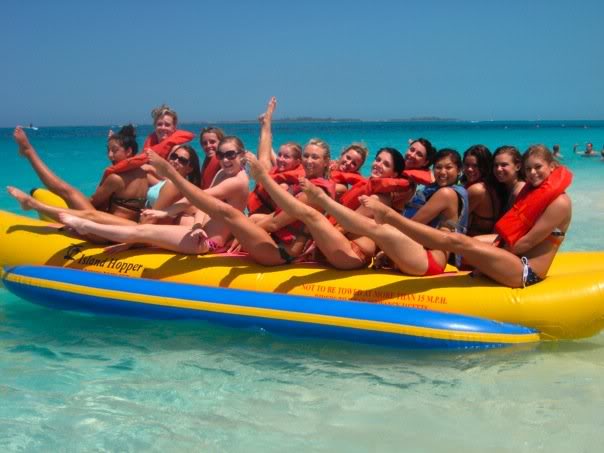 Banana boat Benidorm fun in the sea with this brilliant ride. Available for all stag, hens and anyone wanting a fast fun ride in the

A VIP drinks package that you can your way.  A minimum of 1 bottle but no maximum so its up to you.  Choose from all

Nude drawing class Benidorm is a big hit with the ladies. Book this fun drawing class aimed more at fun than you bbecoming a famous

Bubble zorb football Benidorm fast action fun. This is great crazy fun with these zorb balls.  Get in there and get busy.  1 hour of

VIP PRIVATE BAR CRAWL Your own custom bar crawl starting with a few free beers, includes bars of your choice a fun rep, games, and

LIVE sex show Benidorm   On the wild side.  This extremely hardcore sex show is as real as it can get. WARNING This is completely

50 Shades of Benidorm Ladies night Multiple male strippers and sexy fun for the girls wanting to take that hen party to the max.  Your

Stag Hen welcome party Let the party start with this brilliant fun welcome party.  Includes a 1 hour free bar and reps to get you 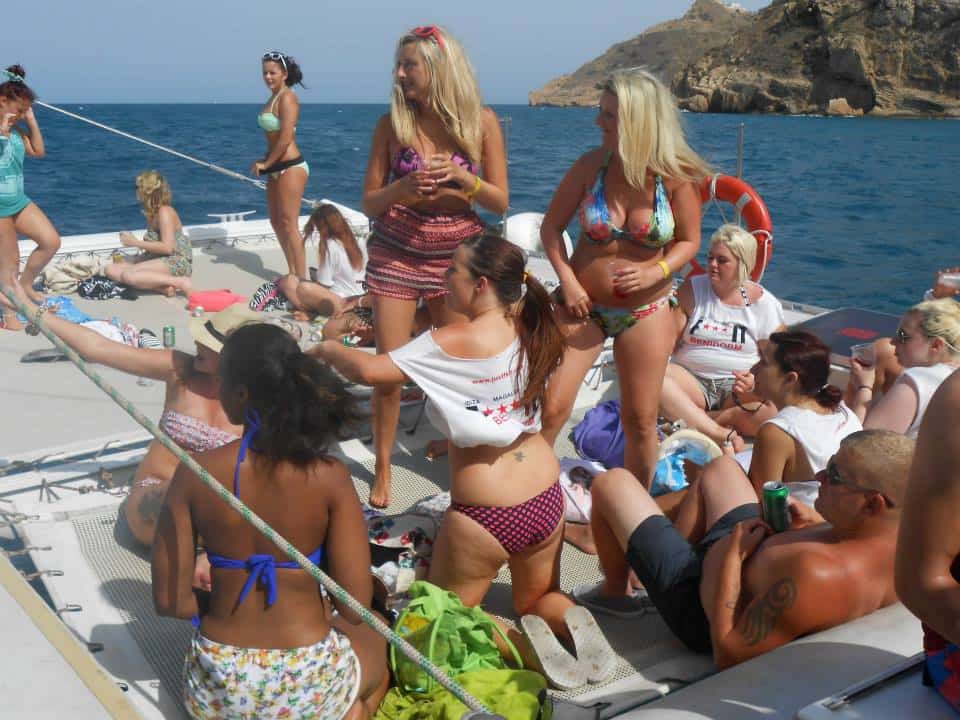 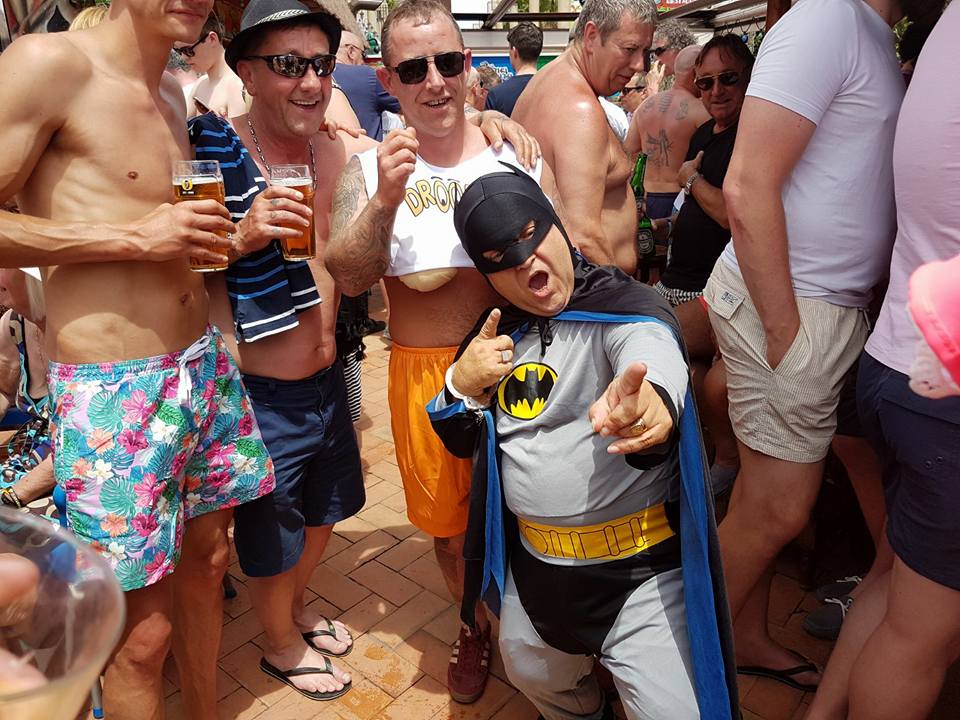 DWARF HIRE BENIDORM FOR YOUR STAG OR HEN Dwarf hire benidorm is so popular with Hen and stags. They just love this, LET US HANDCUFF

Female DWARF “Shaz”joins our Benidorm team of Dwarfs to help get your party started.  Shaz has years of experiance with STAG HENS and all types of groups and events.

Our female dwarf is brilliant fun with a really cheeky personality so watch out.

Our Female dwarf for hire in Benidorm also stared in the block buster movie STAR WARS as an EWOK.

GET A FREE QUOTE NOW.

Remember that availability is limited

Dwarf stripper benidorm fun combo is amazing.  Its a 2 in one…

Firstly lets surprise and shock your hen with your very own benidorm DWARF in costume who will handcuff himself to your unsuspecting hen. BOOOOOM

Secondly is strip time whilst handcuffed to your dwarf our novelty stripper will come out and perform for your hen and its a full on graphic very naughty show with your hen total interaction.

“So book asap and guarantee your booking”

In a galaxy far, far away…

Star Wars: The Force Awakens sent the global box-office into hyperdrive. Since 1977, the record-breaking movie franchise has traveled through more than a few galaxies. For Episode VII the cast and crew jetted into a little town called Portmagee, County Kerry, on Ireland’s Wild Atlantic Way. While the hotly anticipated Episode VIII came back for more than just a taster of this incredible stretch of coastline, with filming taking place from the tip of Donegal down to the rocky shoreline of Cork…

Rising improbably from the Atlantic, one of the highlights of Ireland’s, Skellig Michael has attracted both admirers and those seeking solitude for centuries. It was on this jagged rock that 6th century monks carved hundreds of stone steps to the summit, where they established an isolated monastery.

Skellig Michael – and neighbouring Little Skellig – have featured in ancient Irish legends and were even visited by Vikings. But it wasn’t until 2014 that these remote peaks welcomed their strangest visitor yet… one of the biggest movie-making phenomena in history.

The Skelligs are renowned as a unique and special place, so when New York Times writer Lucinda Hahn visited the site, courtesy of local boatman Declan O’Driscoll, she could easily imagine “Luke Skywalker in one of the dank beehive cells, crouching as the monks had centuries before, marooned on the island with his demons.”

A bunch of us boatmen were standing around [Skellig Michael], and Mark Hamill said: ‘Any advice for climbing the stairs?’ We told him, ‘Just pace yourself, and don’t ever, ever look down.’

There were no demons over on the mainland in Portmagee, however. Outside of filming, according to local man Vincent O’Keeffe: “This is where most of the action took place. It would be fun for fans to see just how small the place is and how weird it must have been for us to have a movie as big as Star Wars ending up here.”

…The story continues in Episode VIII

The excitement along the Wild Atlantic Way didn’t stop once Luke Skywalker had been found on Skellig Michael. No, filming rolled on once again when Rian Johnson and the production crew, accompanied with a less secretive Mark Hamill and Daisy Ridley returned once again to this incredible island.

Even better, LucasFilm loved this stretch of coastline so much, it decided to set the cameras rolling from Cork, Kerry and Clare and all the way up to Donegal! May the Force be with you at these..

More fantastical journeys in Ireland to be had.

“TAKING BENIDORM TO THE NEXT LEVEL”

JUST F*** IT invites you to another weekly event making history again for 2016.

THE AWESOME FOAM and POOL PARTY.

This massive party will be held in a genuine SUPERCLUB holding 2000 people and will features appearances from JUST F*** IT friends such as Carl Cox, Judge Jules and many more through the hot sexy summer nights.

Although this is a pay at the door party night, ALL WHO BOOK or get a stamp, flyer from JUST F*** IT will get this night FREE.  YES FREE ENTRY and we will even get you there FREE TOO…  BUT more information coming the next few dates with our official press release and opening party.

Amazing pool to get wet and have fun,

Massive FOAM CANNONS and over a meter of foam.  (What happens in the foam, stays in the foam)

FREE ENTRY with our flyer or a stamp from MILLERS BAR or any of our reps.


Per person for 2/3 nights central hotel with transfers.


Per person with 2/3 nights hotel


Per person. With 2/3 nights accommodation and transfers